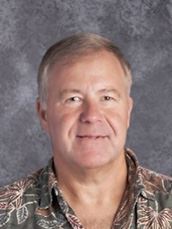 Mr. Healy is a life-long Northwesterner who grew up backpacking and exploring the North Cascades, Olympics, and Washington Coast. Those formative experiences gave him a deep appreciation for the wonders of nature that continue to amaze him to this day.

After graduating from the University of Washington with degrees in Biological Oceanography and Zoology he realized a passion for teaching while in graduate school. This led him to combine his love of nature with a career in science education. Next came a teaching degree from Central Washington University and a Master’s in Science Education and Curriculum from the UW. He taught high school and middle school science in the Renton School District, where he met his wife, fellow science teacher, and love of his life. Later moving to Lake Washington, he’s proud to have helped start and grow the vibrant learning community that is EAS, with its strong parent involvement and students who learn to make a difference in their community!

Mr. Healy is a die-hard Husky fan and a basketball nut, having played in college and coached high school and middle school teams for many years. He is currently the Finn Hill head basketball coach.

Outside of school, Mr. Healy enjoys the outdoors with his family and continuing the 26-year remodel of his house in the woods. 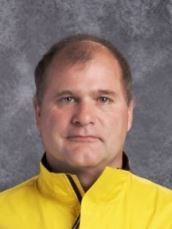 Mr. Hamilton hails from the great northwest and has been living in the Puget Sound region where he feels life is near perfect. He graduated from Gonzaga University with a bachelors in Education and has taught for over 30 years in Washington, Oregon and Alaska. Mr. Hamilton is one of the surviving founders of E.A.S. and is proud to have begun a school that has thrived over the past 22 years. He additionally holds a masters certification and endorsements in math, science, language arts, special education and social studies.

Mr. Hamilton enjoys many outdoor activities including backpacking, canoeing, skiing and biking. He has been bike commuting to EAS for the past 4 years and calls it his morning coffee. He likes riddles and puzzles of all shapes and sizes, but most of all loves to be with his family where adventure is paramount. 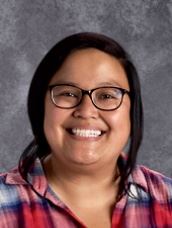 Ms. Andrada is a coffee-drinking, plaid-wearing, tree-hugging Seattle native. She graduated from Western Washington University with a BA in Environmental Education, Outdoor Education, and Environmental Interpretation and a minor in Geography. Prior to teaching, she spent several summers working at summer camps in and around Puget Sound and Northern California. She also worked as a naturalist at outdoor schools on the California coast and in the Sierra Nevada foothills. When classroom teaching made its beck and call, she made her way to Portland, Oregon to earn her masters in teaching degree from Lewis & Clark College. Ms. Andrada began teaching in LWSD in 2010 and has been teaching at EAS since 2014. She has also taught 7th grade science and Quest at Redmond Middle School.

Ms. Andrada LOVES music. The guitar is her main instrument, but she’s known to pick up a ukulele, mandolin, or upright bass from time to time. She also enjoys playing music with her husband, going to concerts, kayaking or canoeing, playing cornhole, and going on road trips. 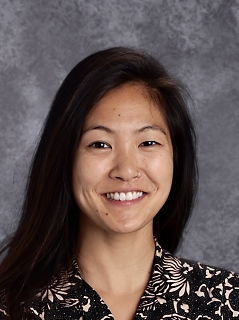 Ms. Minato was born and raised in Kent, Washington. She studied at the University of Washington for a B.A. in mathematics. Throughout her college years and in the immediate years after graduating, she journeyed to other countries to explore more of this amazing planet. In the years following, outdoor recreation became a calling. Ms. Minato worked at Stevens Pass for five years and during that time enjoyed living in the beautiful mountain town of Leavenworth, Washington. There she expanded her interests in gardening, farming, forestry, and love of the outdoors.

Ms. Minato’s teaching career began in 2018. She considers herself beyond-fortunate to have begun her career at a school as unique as EAS. Prior to joining EAS, she completed her student teaching at Redmond Middle School and earned her M.A. in teaching through Western Governors University. During her first year at EAS she became certified to teach language arts and social studies in addition to mathematics! Ms. Minato enjoys the complexities of the classroom and the raw energy that working with young people brings to her life.

Ms. Minato’s interests beyond the outdoors are cooking, growing plants, the performing arts, astronomy, physics, politics, and snuggling her cat. Ms. Minato would also like you to know that she has been Alexander Hamilton’s #1 fan since 1999. 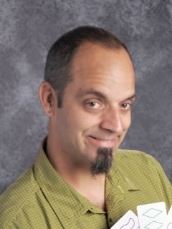 Hello, my name is Marcus Rose and I am a middle school STEM teacher. With over 20 years of teaching experience, I bring many tools to the classroom -- love for the outdoors, how things work and most importantly a strong passion to share this with middle school learners. In addition to teaching STEM classes at the Environmental and Adventure School, I love to build things. Recently, we have been building canoes at school for use at camp and summer trips, but I also love to tinker with bicycles.

I learned to love the outdoors as part of my Biology major at Principia College where many studying abroad opportunities were part of the college culture. I continued learning about plant systems at the University of Missouri for my Master of Science in Alternative Agriculture. After a very short employment at Monsanto, I was able to grow into becoming a seasonal outdoor educator around the United States. During one particular season working for Pacific Crest Outward Bound School, I was encouraged by other instructors to continue my education and become a classroom teacher. I completed a Masters in Teaching at the University of Arkansas and then moved back to Washington. I sought an opportunity to bring expedition style learning to the public schools and I was very grateful to find a new school with the whole staff sharing these environmental and adventure goals.

When I am not working with middle school students, I love to pick a banjo, strum the guitar, work with my cattle dog and have adventures with my family.

I was born and raised in the Eastern, upper-Amazon area of Ecuador. I learned how to swim in the Tena River, with the river current taking me down as I learned. Nature was all around me and I still stop to notice insects, plants, and fruit hanging on a tree like Christmas ornaments.

I have a Masters in Spanish and French from St. Louis University in St. Louis, MO and a TESOL Certificate from UCI Extension in California. I have lived in many places, including Missouri, California, Illinois, France, Italy and now the gorgeous Northwest. I feel at home with all the green around me and I love how international our area and school is. I have so much to learn from every single student. I love to travel and learn about other cultures and when I am in the classroom, the world comes to me, and I get to take a peek. What a privilege! I hope my students find that learning Spanish, or any other language, can open doors to knowledge, different perspectives and curiosity. 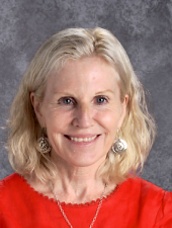 I learned Spanish when I traveled to Mexico for the first time at 17 years old. It was supposed to be a three-month trip, but I ended up staying for nine months; I traveled all over the country and learned the language. This was the beginning of my journey with the Spanish language and the cultures of Latin America and Spain. I returned to Mexico to live in Guadalajara and Mexico City for two years, where I taught English at an English Language school.

When I returned to Seattle I attended the University of Washington, where I received my B.A. in Spanish and my Master’s in Spanish Literature. I then taught at the community college level for six years, as well as at several adult language schools.

I love to travel, and my first choice has always been to visit Spanish-speaking countries. I have spent time in Guatemala, Panama, Cuba, Costa Rica and Spain.

I returned to school to obtain my Master’s in Education in 2007. I taught at the high school level for nine years, including six years in Philadelphia. For the past year I have been teaching at the middle school level, which I love. I am looking forward to a great year at EAS. 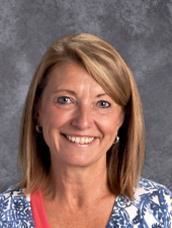 Colleen McLaughlin grew up in Seattle and graduated with a B.A. in Communications from the University of Washington. While still in college, Colleen began working in the banking industry, then shifted into a sales support role with a large electronics firm before landing a 10+ year career position in commercial finance. In 2005, Colleen joined the EAS staff as a part-time Program Coordinator, primarily recruiting volunteers and coordinating transportation for school excursions and community stewardship projects. Over the next few years she took on more of the office management responsibilities and eventually assumed the fulltime Office Manager position in September 2013. Colleen is passionate about all things EAS, not the least of which is the opportunity to work with students and their families in the formative years of middle school. 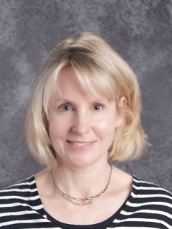 Laura Bartoletti grew up in Michigan and graduated with a B.A. in Political Science from Kalamazoo College. One of the best things about college was studying abroad in Spain. After college, Laura lived in San Francisco, CA and later, Portland, OR. Laura spent her professional career working in sales and human resources for a large staffing firm. In 2001 she landed in Kirkland, WA. In 2013 Laura joined EAS part-time as a Program Coordinator, recruiting volunteers and coordinating transportation for school excursions.

Amy Lofquist grew up in Olympia and graduated from Gonzaga University with a degree in psychology. She went on to earn a Masters degree in child development at Colorado State University. Amy worked as a research analyst and program evaluator for adolescent youth at risk programs for several years before staying home to raise 3 busy kids. After volunteering for many years at EAS, she took over as the Wednesday elective coordinator in 2015. There are many things she loves about EAS but the students, families and great teachers are at the top of her list.

Amy enjoys reading, baking, watching a good movie, sports and fitness, her cats and crazy dog, a warm sunny day or a good snow, and spending time with family and friends.

Rinneke was born in the Netherlands, immigrated with her family to the United States when she was 2 years old, and has lived in the Pacific Northwest for most of her life. She graduated from Washington State University (Go Cougs!) with a degree in education and a B.S in mathematics. She taught at a small private school (much like EAS!) for 5 years before becoming a full-time mom. Rinneke has been involved with EAS since 2003 when she volunteered through the neighborhood environmental group to work with an EAS stewardship group. While both of Rinneke’s children attended and graduated from EAS years ago, she hasn’t left!  In addition to her role as a regular camp and community stewardship instructor, she is also a frequent substitute teacher at EAS.

Rinneke’s passions include hiking all over the USA and Europe, native wildlife (she especially enjoys spotting owls), camping, traveling, photography and raising her backyard chickens.

How to make an appointment -